The country of old legends and Biblical stories. To visit Armenia is to travel back in history and feel the spirit of more than 41 centuries. Experience first-hand the «country sheltered by Biblical Ararat» home of Noah’s Ark; the land where human kind was reborn.
Armenia is a very diverse country often with a history which is replete with a lot of treasures. It is a land of stark contrasts and home to a resilient, industrious people with great love for the arts and sciences. Armenians are well-known for their hospitality and visitors will find a pleasant and friendly atmosphere everywhere they go.
Armenia offers a little something for every person. Rich with historical churches, monasteries, monuments, and magnificent masonry, this country that was the first to adopt Christianity and proclaim it as its state religion in 301 AD is a unique treasure for those interested in great events. Armenia is a country of beauty, history and culture.

At the Crossroad of Asia and Europe

Armenia, a mountainous country in the South Caucasus, that lies at the crossroads of Europe and Asia.  To the North the country neighbors with Georgia, to the North-East and the South-West with Azerbaijan, to the East with the Republic of Artsakh (unrecognized state), to the West with Turkey, and to the South with Iran. The longest length from the North-West to the South-East is 360 km, from the West to the East is 200 km.
The location of Armenia is a reason for the unique landscapes and the development of unique culture and traditions throughout thousands of years. The country encompasses the best of Europe and Asia, combining the two into a mix of unforgettable experiences. Mountain valleys, extinct volcanoes and rapid rivers make for a magnificent scenery. It’s to no surprise that in Ancient Armenia people once worshipped the nature itself as the landscapes and the wildlife of Armenia are hard to forget.

Why to visit Armenia?

Armenia was the first country in the world to adopt Christianity as a state religion in 301 A.D. Christianity has played an immensely important role in the shaping of the Armenian people for over 1,700 years. Religion has been an essential part of Armenian identity and has reshaped the course of history.
As a matter of fact, Christian communities were established in Armenia way before Christianity was declared as the state religion. Since 40 AD, the preachings of Thaddeus and Bartholomew, 2 out of 12 apostles, have left the mark on Armenia.

​When choosing a new country for travel, it is advisable, at least in general terms, to familiarize yourself with what a country offers. Tourism advertising usually represents a country with wonderful nature and climate, interesting monuments of the country and, of course, people - kind, smiling and hospitable. Armenia is no exception, with one caveat - here you will understand what hospitality is to the greatest degree.
Hospitality in Armenia is not limited to politeness and etiquette. In the Armenian culture and moral values, hospitality has one of the most important roles.

Presently there are three world heritage sites listed by UNESCO in Armenia, and each of Armenia's three UNESCO World Heritage sites hold significant religious and historical significance. Two of these sites are inscribed based on cultural criteria, and only one meets both cultural and natural criteria. Besides the three, there are four others on the tentative list.
​​​Among the cultural elements of Armenia, the list of UNESCO includes musical instrument duduk and its music, symbolism and craftsmanship of Khachkars, Armenian epic “Sasuntsi David”, traditional Armenian bread “Lavash”.

Yerevan is considered to be one of the oldest constantly inhabited cities in the world. Yerevan emerged as a city around the fortress Erebuni, which was founded in 782 BC by the Urartian King Argishti the First. Erebuni was declared as the citadel of the Kingdom, serving as religious and administrative center, as well as the residence of the Royals, namely the King and his family.
Thus, Yerevan’s history is counted from the founding date of Erebuni fortress, because it was the major site around which the current day city developed and flourished. Through the centuries and millenniums, the word Erebuni transformed into Yerevan.
Even though 2800 years of history is astonishing enough, Yerevan’s history is much older. Archaeological findings firmly note that early settlements existed in Yerevan in the 4th millenium BC, one of them being the territory of Shengavit (situated in the southern part of current-day Yerevan). Ultimately, Yerevan is older than 2800, even though the official pieces of literature link the birth of the city to the founding of Erebuni fortress. 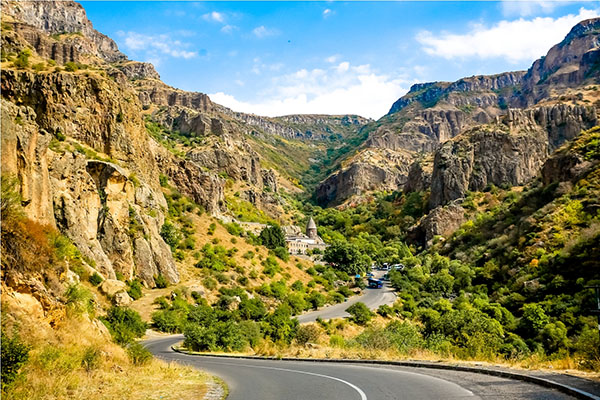 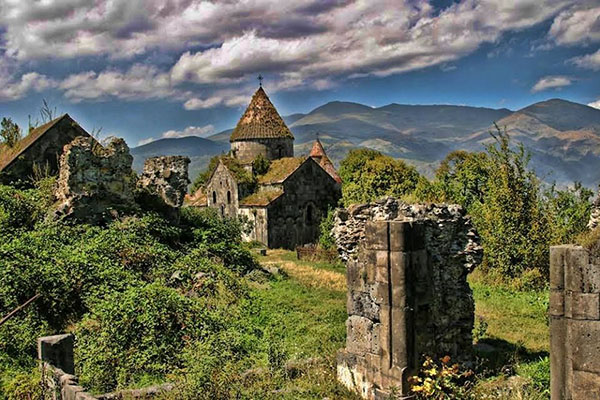